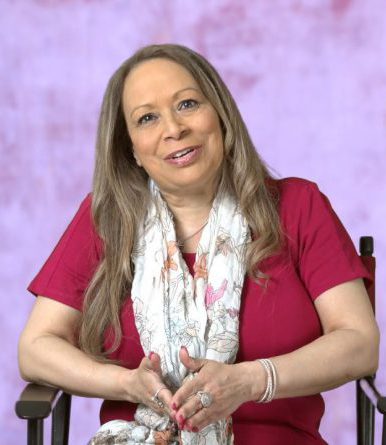 Claudine Adams, CEO and Founder of Bravura, has been recognized for showing dedication, leadership, and excellence in IT management and C5ISR initiatives.

Ms. Adams has 35 years of professional experience, with increasing responsibilities throughout her career. Over the years, she has gained a comprehensive skill set that includes profit and loss management, business development, and strategic operations. Each day, she is responsible for managing day-to-day operations, as well as overseeing company expansion and marketing. Ms. Adams has had a successful career building operations and businesses. She was ranked Number 1 in the nation for her performance at Xerox, and she was the executive responsible for building Adams Communication to currently over $200M in annual revenue, launching it from small to large business.

Since founding Bravura in 2014, Ms. Adams has launched the company to successful C5ISR contracts, most notably being awarded the Persistent Surveillance System Tethered Contract, (PSS-T), a $539M single award IDIQ Army vehicle in 2016. She has built her current company to extraordinary success, replicating and surpassing her previous achievements. Her company has been recognized as one of the fastest small business companies and has received the Harford County Chamber of Commerce Business Awards in 2020 in the R&D/Technology category. Her company has also been awarded the Best of Belcamp for Computer Support and Services for 2015, 2016, 2017, and 2019.

Ms. Adams is Chair of the Board of Directors of the Northern Maryland Technology Council (NMTC), a leading provider of Science, Technology, Engineering, and Mathematics (STEM) programs for Harford County.  She is a Board Chair of the Harford County Education Foundation that provides support and resources to elevate education initiatives to local students. She is also a Board member for the Harford County Community College and serves on the Harford County Public School Advisory board.  She was featured in Penn Arts and Sciences Omnia edition in May 2020 for her accomplishments in her field as a Penn Alumni. She received the Visionary Award in 2019 given for significant contributions to the well-being of the total community displayed as a personal commitment. She has also been named Top Performer for her superior leadership and outstanding achievements in the professional community by Elite Women Worldwide in 2016, and International Executive of the Year in 2013.

Born in Philadelphia, PA, Ms. Adams graduated from the University of Pennsylvania with a Bachelor of Arts degree in Psychology. She received a Master of Theology from Calvary Christian College in Waldorf, MD. She is a member of The John F. Kennedy Center for the Performing Arts, the Smithsonian Institution, and previously of the subcommittee of Governor Martin O’Malley of Maryland. She currently serves on the Comptroller Peter Franchot’s Business Advisory Council, which serves as a voice of experience on issues that affect Maryland’s economy. She was appointed by the Mayor to the Aberdeen Economic Development Commission.

Using Leading Edge Technology
to Solve Problems that Matter to You.