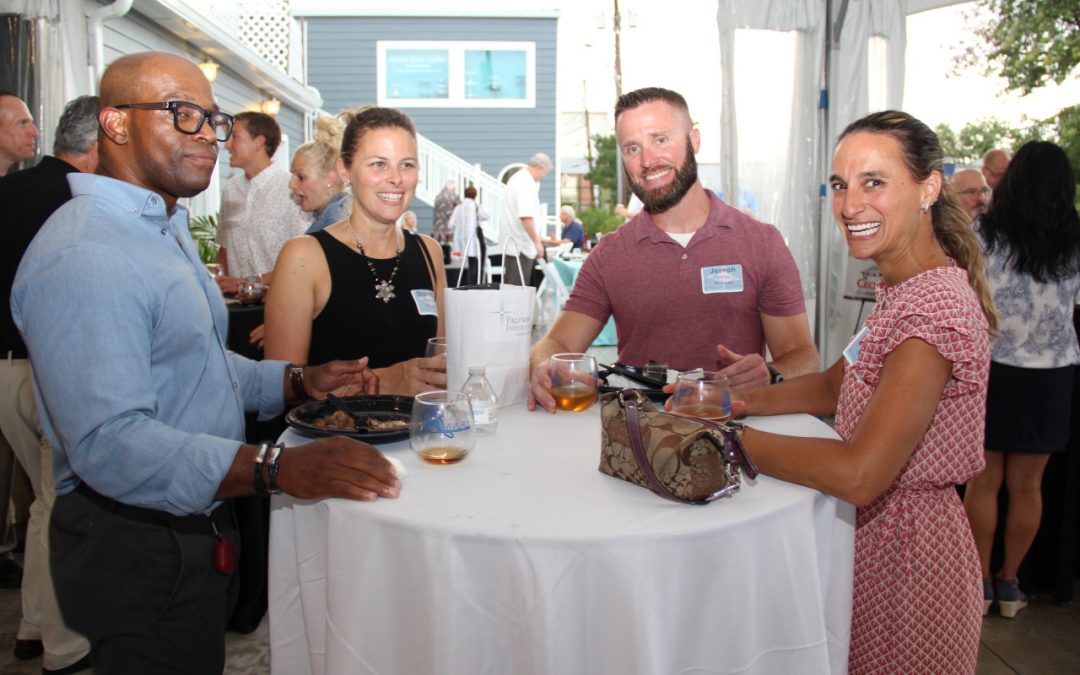 Northeastern Maryland Technology Council’s 12th
annual World of Wine tasting took place on September 4th at the
beautiful La Banque at the Seaplane Base. It was an evening of trying fine
wines, delicious bourbons, and local draft craft beers, all while mingling with
coworkers and local businesses alike.

Entertainment was spectacular, and featured sounds from Don
Armstrong and Kirby Storms of  Jazzmatazzmusic,
a jazz-rock duo who have been recognized in Maryland’s Entertainment Hall of
Fame.

Being that this event was put on by NMTC, it was only right
that the event feature cutting edge technology for all its guest to explore.
This year an interactive robot was the center of attention, as people took infamous
“selfies” with it. The robot came equipped with human-like communication
capabilities, a built-in camera, social media sharing, and of course, a
personality!

Bravura Information Technology Systems joined in on the fun
and manned an exclusive bourbon and hand rolled cigar table in exchange for our
$750 contributed sponsorship for the occasion. The sponsorship included premier
positioning as the evening’s Bourbon pouring station, in-event recognition, and
waived attendance fees for three additional pouring assistants. The combination
was huge hit as guests made sure to stop by the table!

The ‘Wine Challenge’ also made a comeback this year, as $50
bottles of wine were put against $5 bottles in a taste testing guessing game
format. At each station guests would be given a sample of both wines, as their pallets
would be tested for sophistication. After a sample, guests would be asked to
cast their vote for as to which bottle tasted like the expensive beverage. Of
the ones who guessed correctly, a raffle was drawn, and a member of the Bravura
team was lucky enough to win and take home a bottle! This too was a crowd
favorite.

NMTC wrapped up the evening with a final pour of wine, and a
toast to the continuing education, partnership, and innovation behind technological
industries. The event was a success, and Bravura is already excited for next
year’s.